When you’re traveling through Egypt, it is really exciting to see ancient history popping up all over the country’s landscape. Especially when you’re not expecting it. I didn’t know much about the Avenue of the Sphinxes in Luxor before I traveled to this historical city. So I was really awestruck when I took a stroll along this sandy road lined with palm trees and dozens of well-preserved Egyptian sphinxes. 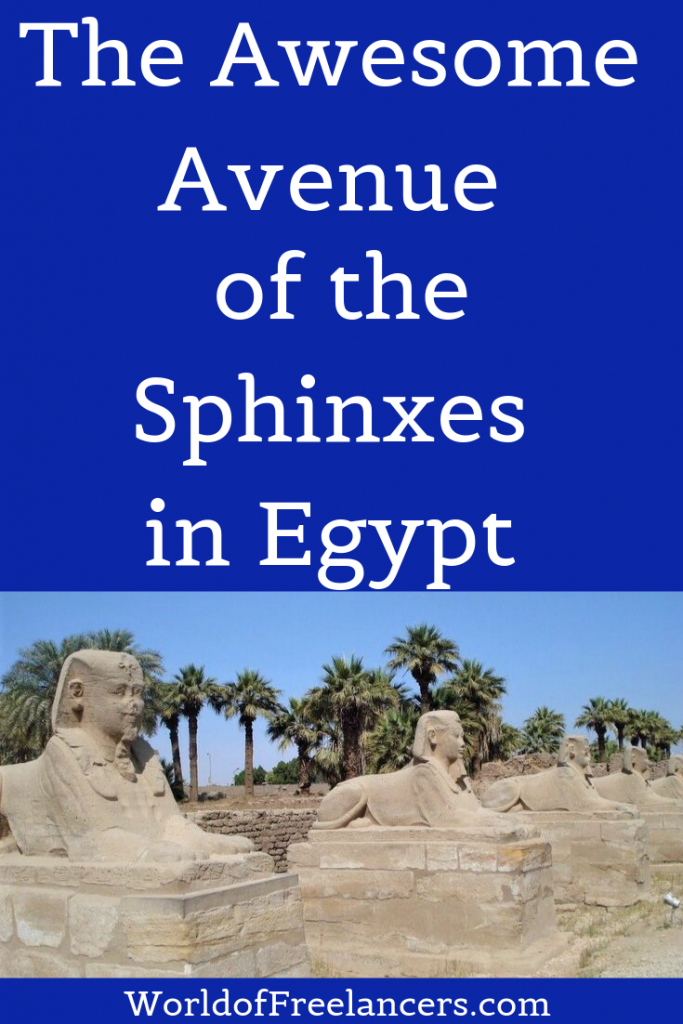 The Avenue of the Sphinxes in Luxor, Egypt

I’ve written The Avenue of the Sphinxes so you’ll have a bit of inspiration and information before visiting  this amazing ancient sight in the thousands-year-old city of Luxor.

I was living in the Sinai and freelancing online when I decided to travel to Luxor for a couple of weeks. During the ride from the airport to my hotel, I spotted to my left what appeared to be several dozen sphinxes lining both sides of a dirt road. Could I be seeing correctly? I’d never heard of this. Were these actually ancient sphinxes? In Luxor, Egypt, of course they were.

I arrived at the luxurious Hilton Hotel & Spa (which I highly recommend) and met the general manager, who introduced me to Osama, the head of the Egyptian Tourist Authority in Luxor. What I had seen, Osama explained, is called the Avenue of the Sphinxes, which dates back to Egypt’s 18th Dynasty during the New Kingdom. 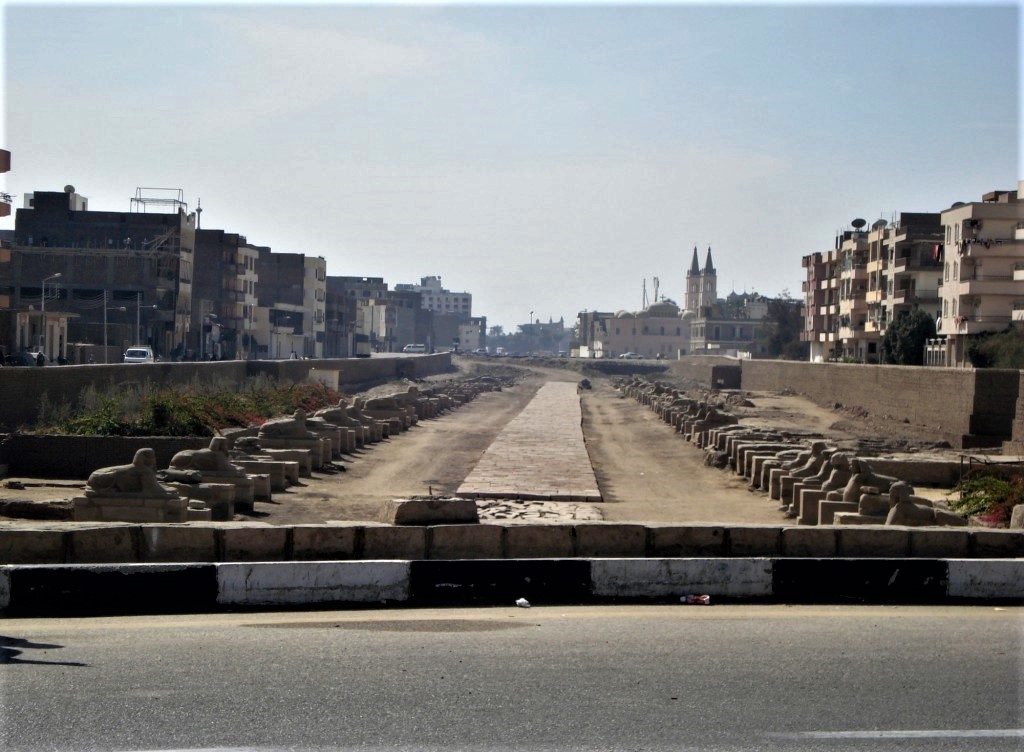 Unfortunately, hundreds of years ago people didn’t realize the historical value of these ancient sphinxes in Egypt and built over them. It wasn’t until the the mid 20th Century that people awoke to the errors of their ancestors’ ways and began tearing down the 225 buildings that were hiding these ancient monuments.

Some of the 1,200 sphinxes unfortunately were quite damaged and others completely destroyed in the construction and deconstruction processes. Most are still in very good condition, though, lining both sides of a road which extends for two kilometers 700 meters from Luxor Temple to Karnak Temple. 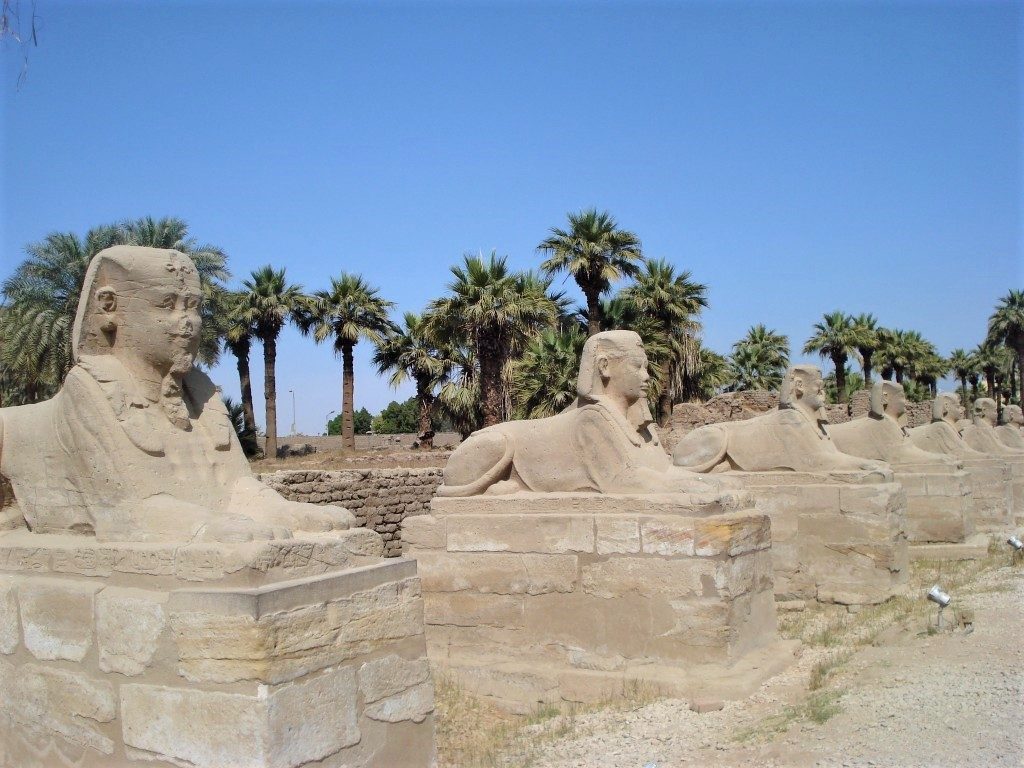 While visiting Luxor Temple, I was able to walk for several minutes along a portion of the as-yet unopened road. That was in 2012, though, and the Avenue of the Sphinxes is full open to the public now. 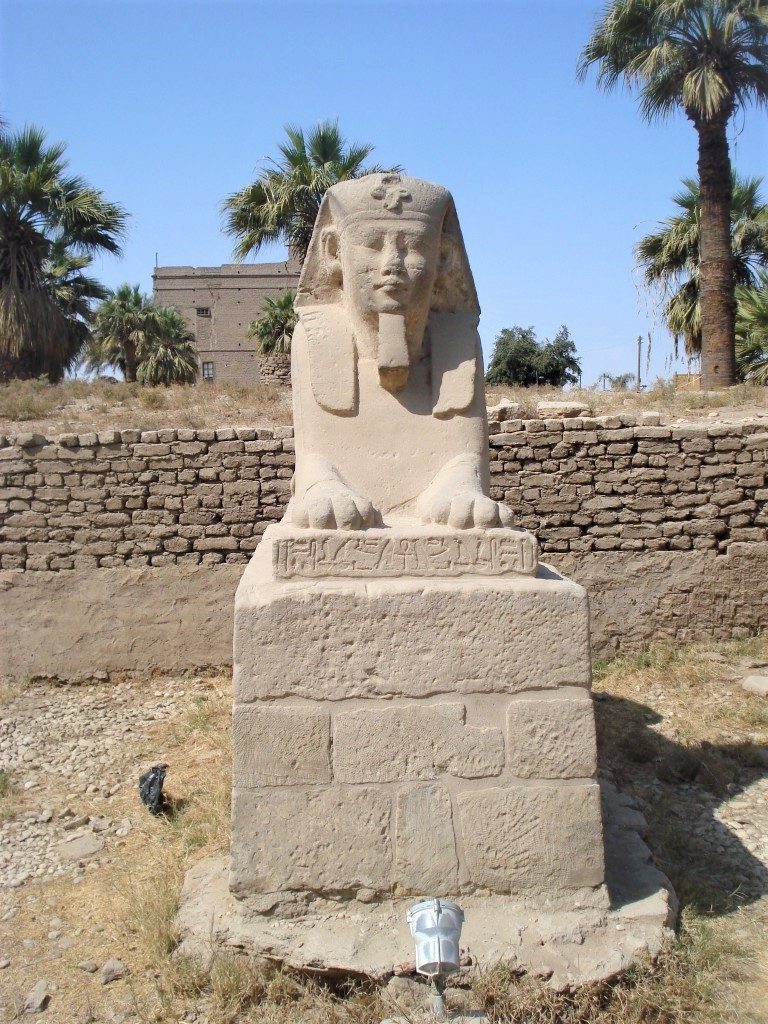