Lighthouses are a staple of New England. Admired, protected and frequently visited, these are popular due to their varied appearances, their beautiful seaside locations, the awesome fact that this centuries-old method of alerting ships to the presence of land still is utilized in the modern day. I’ve visited several lighthouses in the Northeast, however, none were still functioning and none were on my favorite island on earth – Martha’s Vineyard. Last month changed this, as I got to visit the Cape Poge Lighthouse on a part of Martha’s Vineyard called Chappaquiddick Island.

Five lighthouses stand on the northern shores of Martha’s Vineyard, Massachusetts, guiding vessels through the Vineyard Sound and Nantucket Sound, which lead to the cold waters of the Atlantic Ocean. Chappaquiddick Island is considered a part of Martha’s Vineyard, although the two islands are no longer attached at all. They actually were connected by a three-mile sand bar which it was possible to walk across until just a few short years ago in 2007 when the sand bar was breached by a storm, separating the two land masses.

Once ashore you must travel by vehicle to the lighthouse because the 14-mile distance from harbor to cape, combined with very deep sand most of the way, makes walking and bicycle riding virtually impossible.

Immediately before my tour set off to the lighthouse, I got to stroll for a while around the Mytoi Gardens, located just a couple of miles from shore. This was my second time visiting the garden, small and picturesque, with a Japanese theme in a very serene setting. Although Mytoi may sound like a Japanese, name it’s not. Hugh Jones, the man who created the garden, looked at it as his playground, or toy. Thus, the name Mytoi or “my toy.”

It was now time to drive to the lighthouse. Our tour guide, Dick, let most of the air out of the tires of his truck so we could drive through the deep sand, a feat which is not possible when tires are fully inflated. Sitting in the back of the truck, we took a slow and bumpy hour and a half journey through woods, sand dunes and along the rolling ocean waters. Dick was able to name every single plant and bird he saw. Very impressive. 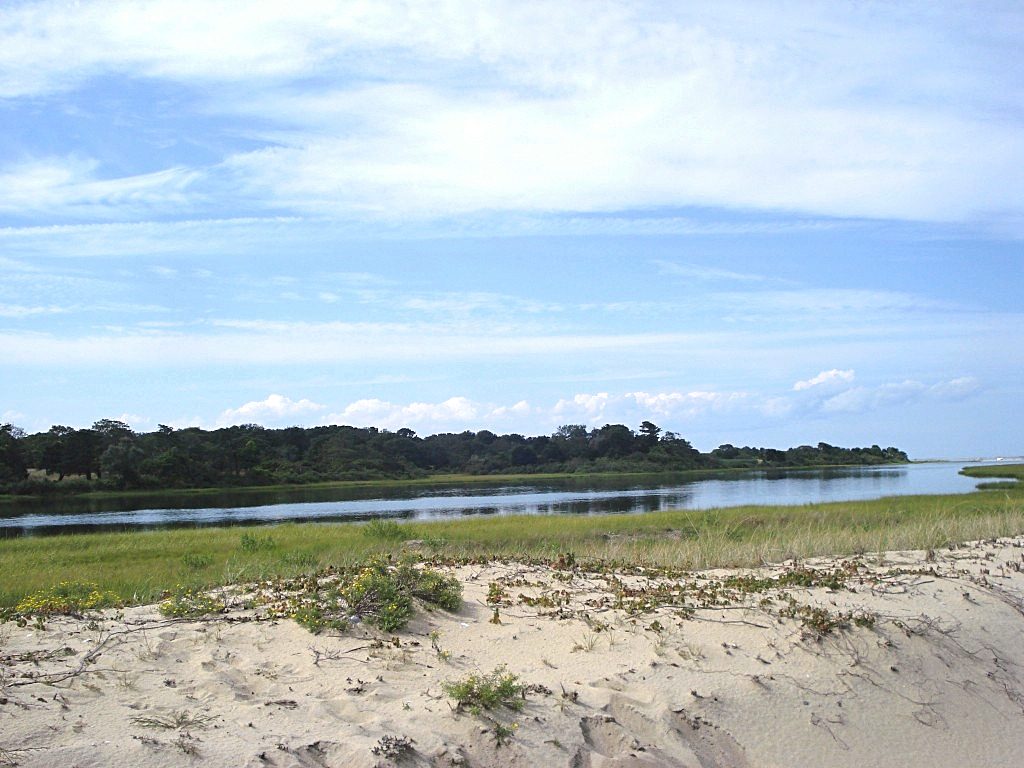 Some of the people on the tour took a precaution by dousing themselves with bug spray, as we’d been told that the air is thick with biting insects as you travel to the lighthouse. The bugs were not out in full force by any means on this day and proved not to be a problem at all, though, so I was glad I’d spared my skin.

Dick shared one quite incredible story during our journey, a tale about sheep that lived part time on Chappaquiddick Island during part of the 19th and 20th Centuries. For grazing purposes the owners of the sheep wanted them to split their time between the island and the neighboring mainland of Cape Cod. So twice a year they would make the sheep journey from mainland to island, not by traveling via ship, but by swimming through the Atlantic Ocean from one location to another! I found this very hard to believe, but Dick stuck to his story and I don’t think he was kidding.

Through the sand dunes, past bushes and beaches we traveled, at last spotting the lighthouse up ahead at the end of the cape, the very tip of the island. 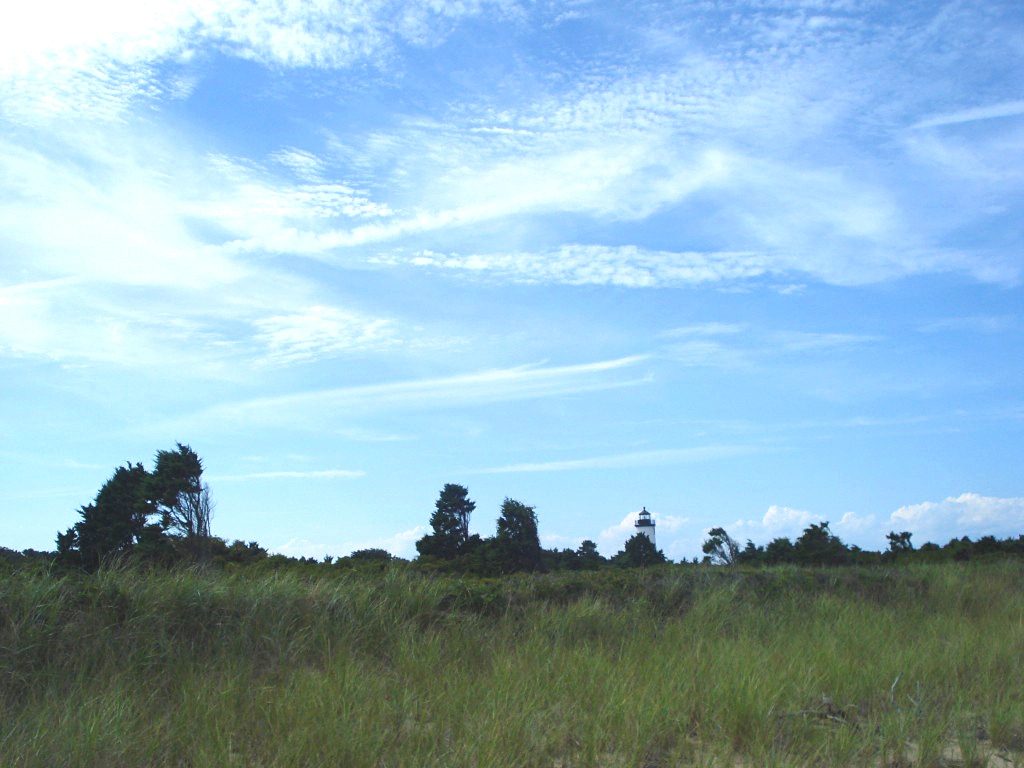 If you look very carefully you’ll see the lighthouse peaking over the trees. At the beginning of the 19th Century, the whaling industry was flourishing on Martha’s Vineyard, particularly in Edgartown, which lies just across the harbor from Chappaquiddick, so the Cape Poge lighthouse was built in 1801, along with a separate house for the keeper. As with most lighthouses in the Northeastern U.S., the original construction was destroyed and subsequent buildings had to be built and then moved back from the ocean several times over the years, due to erosion and storm damage. The current lighthouse was built in 1922 and stands safely about 300 feet from the ocean. Its bright white light shines 63 feet above the sand dunes and can be seen nine miles out to sea. I was interested to learn that it is 100 percent solar powered. 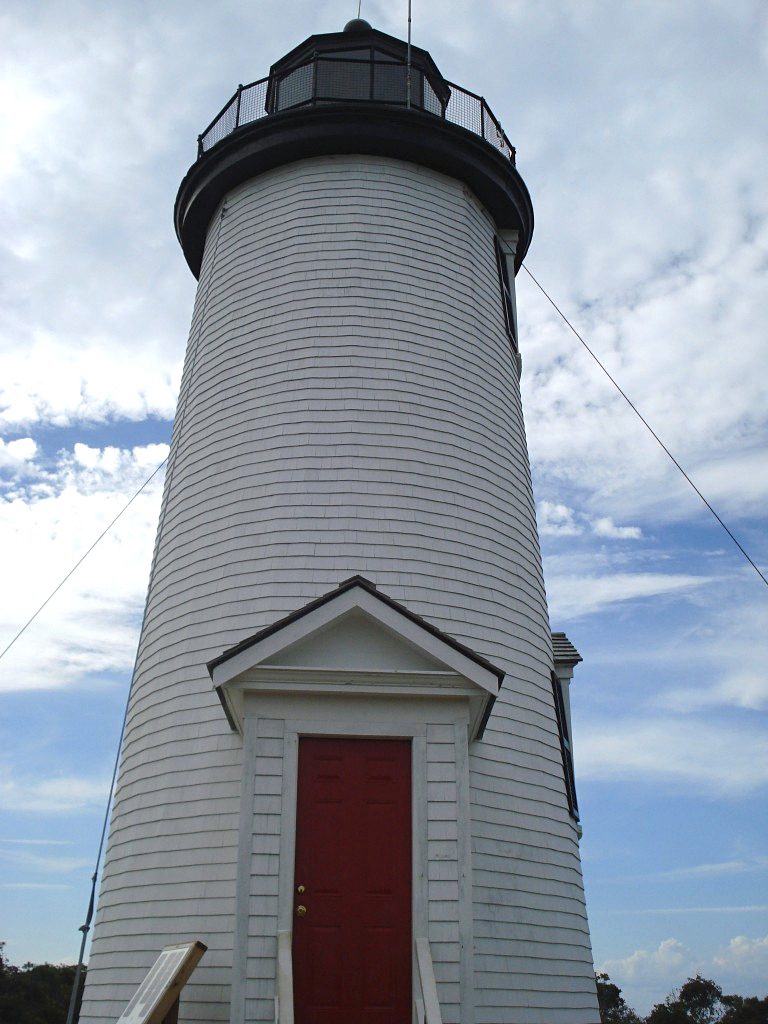 Inside the small circular interior, we walked up a spiral staircase to the second floor. A ladder led from there to the top of the lighthouse, and we climbed up one by one. On this floor stood the light! 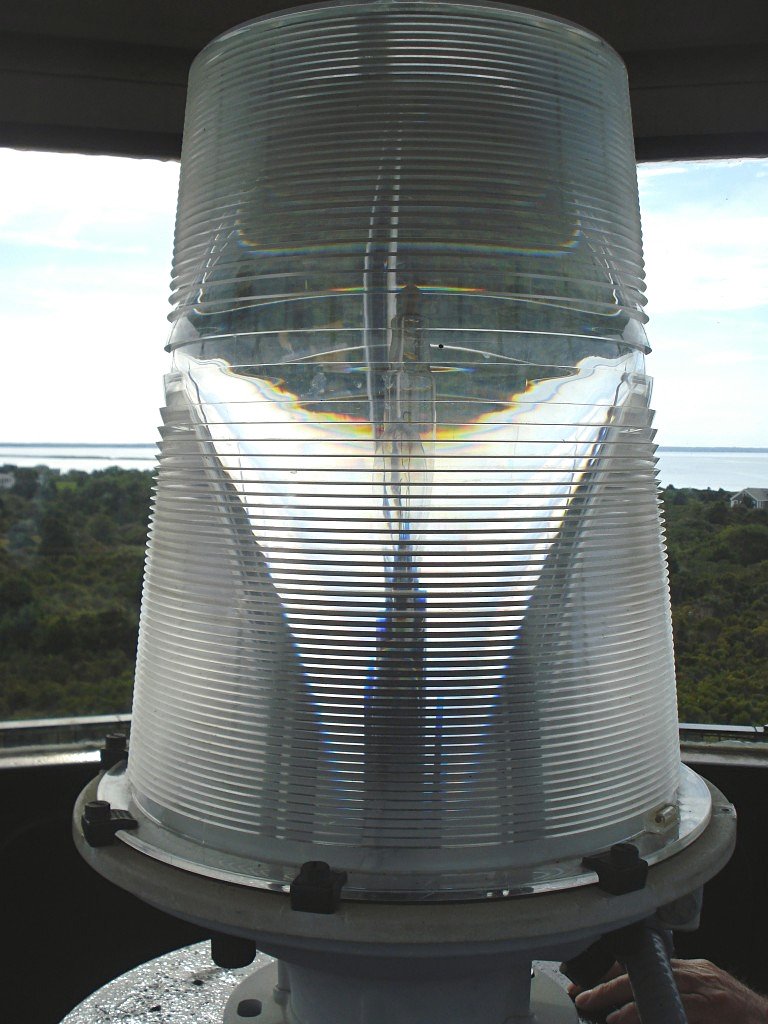 A tiny door led to a small balcony encircling the top of the lighthouse, and I crawled through to see the gorgeous panoramic views.

This is such a peaceful, picturesque area that, despite it very remote location, I think I would actually like to live here.

When you work and travel, you usually spend a lot of time in countries other…