The History of the Freelance Scopist 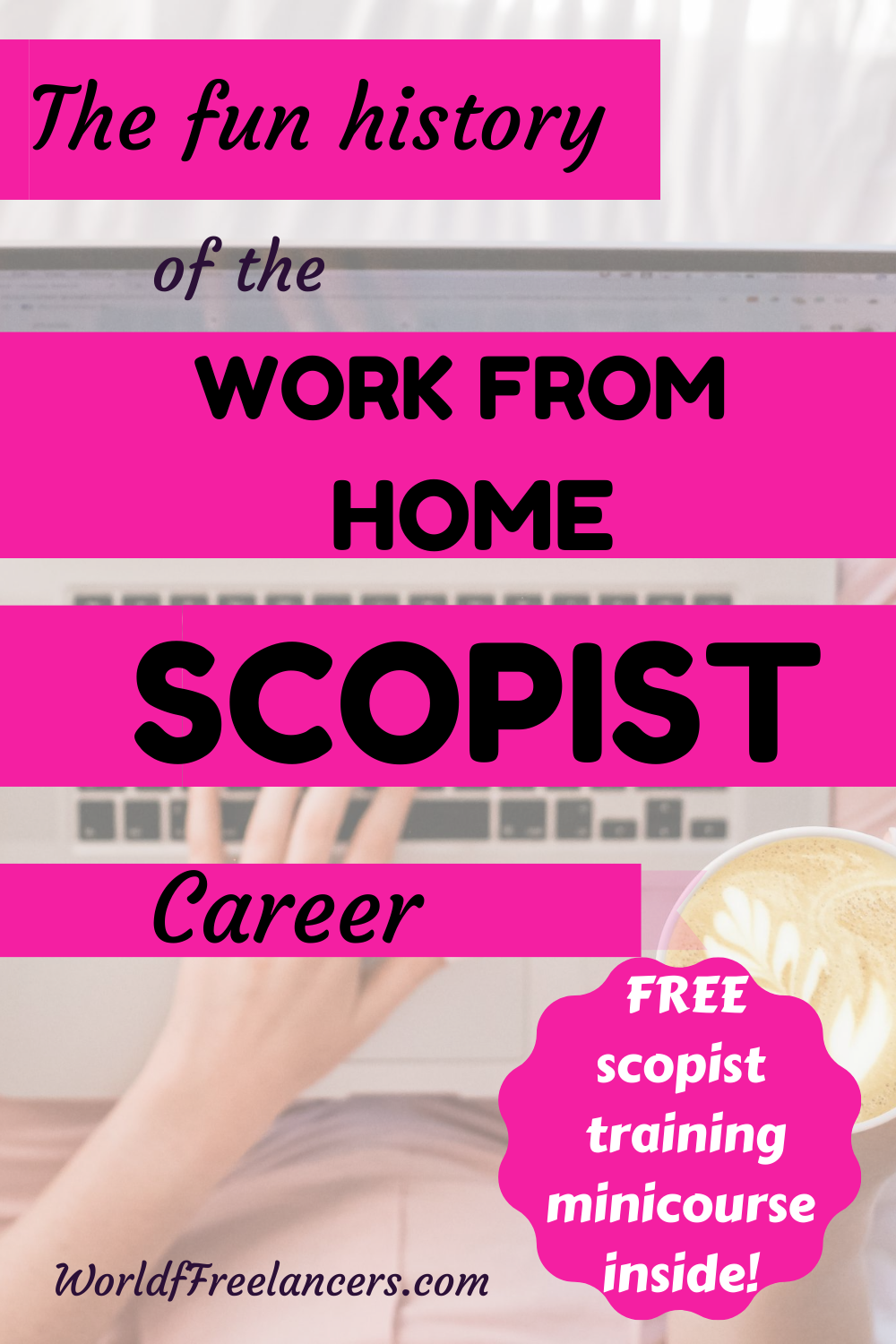 Although court reporters are the keepers of the record in legal matters, no one kept a record of who was the exact person who decided that someone besides court reporters should learn how to transcribe their transcripts on computers.

Previously in history, people called note readers would often produce transcripts for court reporters. They were trained by court reporters to read their steno notes. Steno notes are hard to read, especially when you are not the one who wrote them, so there were not many people who could do this.

Those who were able to learn steno would take the court reporter’s notes, read them word by word and type them letter by letter onto a typewriter. They used rubber erasers and white correction fluid to correct mistakes. They used carbon paper to make copies. If they made too many mistakes on one sheet of paper, they had to throw it away and type the whole page all over again. This was, just as it sounds, extremely difficult.

People way back in the 1980’s who were able to develop this extremely rare skill set of reading steno and using computers were pretty special.

Scopist is a Funny Word, Isn’t It?

When court reporting first became computerized, transcripts were transcribed on desktop computers with flickering phosphorescent green screens displaying about 80 characters per line, with only a few lines visible on the screen at once. People who worked on these computers apparently thought the screens looked like oscilloscopes (a laboratory instrument which displays and analyzes the waveform of electronic signals). And they felt like they were reading the screen through a periscope (an instrument used in submarines to see above water.)

So scoping is called scoping because the people who produced transcripts on flickering green computer screens felt like they were underwater, struggling to decode wavy lines through a periscope, “scoping” their way through what appeared before their eyes.

Thankfully, scoping today is done above water and is a lot healthier on your eyes.

Scopists today work on desktops or laptops, using special court reporting software. Most court reporters now do real time reporting, with the words they are typing into their steno machines being transmitted immediately onto their laptops in front of them. In fact, court reporters will often spend part of the breaks they take during the day to clean up transcripts a bit by filling in correct spellings, words that didn’t translate correctly, etc.  This makes their transcripts much easier and quicker for scopists to scope.

Most court reporters also use their court reporting software to record an audio backup as they write down testimony.  The audio quality sometimes is not ideal, though, as the acoustics of a room may be poor, people may be mumbling, people may be coughing or otherwise making noise that drowns out the spoken words. So scopists still should learn steno.

Still, the effectiveness of audio in addition to the court reporter’s ability to scan through transcripts before they turn them over to scopists makes the job of a scopist easier than ever before.

How to Become a Scopist – The Ultimate Guide

Want to know how to become a scopist? Keep reading and you'll find out! This…

Best Headphones and Foot Pedals for Scopists and Transcriptionists

When you're a freelance scopist or transcriptionist, you need to be able to clearly hear…