“How do you use that thing, anyway?”

Most freelance court reporters have heard that question dozens if not hundreds of times over the years. Witnesses at depositions are usually the ones who ask, having never before seen a steno machine outside of television courtroom scenes.

There are, of course, variations of the question. “How does a steno machine work?”  “Is that shorthand?” “I don’t understand how you type on that little machine!” And probably every court reporter’s favorite, “Now, did you go to school for that?”

And of course, like probably most of us, I explain as concisely as possible exactly how I manage to operate steno machines. But these really are good questions that these people ask, because no one in the world – except for court reporters ourselves – has any idea at all how we do what we do. So now I will reveal our big secret. Here is how court reporters use those little machines. 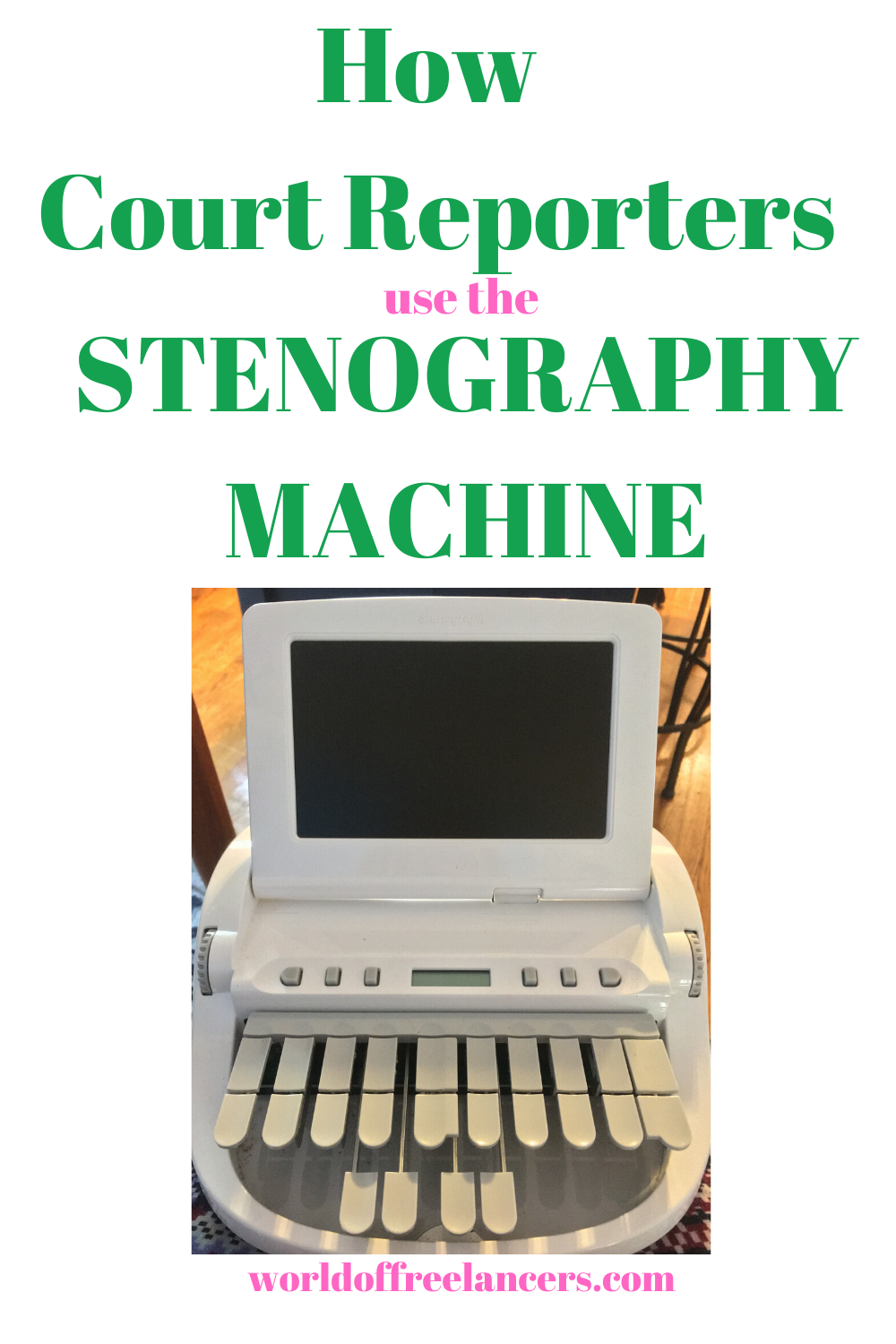 Only approximately 30,000 court reporters are currently working in the United States. Thousands more are retired or currently studying court reporting. So let’s say the total number of people in the U.S. who know how to operate steno machines is approximately 50,000. The population of the United States is about 328 million. That means that only a minuscule 0.015% of Americans know how to use steno machines.

How does a steno machine work?

When people at depositions ask me how does a steno machine work, I explain that court reporters press down groups of individual keys simultaneously to write syllables, words and phrases phonetically rather than spelling them out letter by letter like on a computer keyboard. Doing this, we can type much faster than anyone can type on a computer, and this is why court reporters and steno machines are used to write down things that people say.

The rather fascinating history of steno machines

The history of court reporting is quite lengthy, spanning three centuries and two millennia so far. Although steno machine technology has been very much improved over the centuries, the way in which court reporters write down testimony has not changed much, if at all.

(Fun Fact – Court reporters don’t call what they do typing; they call it writing.)

Steno machines in the early years were quite primitive. Because they were, of course, not computerized, a double-decker paper tray stuck out of the front of the machine. Court reporters would place a block of paper about a foot long and two inches high in the bottom part of the tray, then thread one end of the paper through a little slot in the back of the steno machine. As we wrote, the paper would flow from the bottom to the top part of the tray, with each word that was spoken recorded in blue ink. When the paper ran out, the court reporter had to halt the proceedings in order to change it.

Steno machines, thank God, are now computerized.  Today there is no paper and no risk of accidentally flushing the only record of trial testimony down a toilet. We have multiple backups. And we’re far more high tech than most lawyers.

Almost no one aside from court reporters and scopists (and their families) know that they exist. Scoping is much easier and quicker to learn than court reporting, and the job only requires a computer and a software program. It’s a great freelance job, and people who learn how to become a scopist can make really good money.

Freelance proofreaders read through everything carefully, making sure every word is spelled correctly and every comma is in the right place. Court documents are very important, and proofreaders have a big role in making sure they’re perfect. Court reporters pay their proofreaders well. Like scopists, transcript proofreaders make really good money.

Steno machines have 22 keys, each of which contains a letter of the English alphabet, except for the key in the very middle of the machine, which contains an asterisk. Numbers are written by pressing down certain alphabet keys in conjunction with pressing down the number bar which runs along the top of the machine. There are no individual punctuation keys. Instead, you have to press down groups of keys to create each punctuation mark. 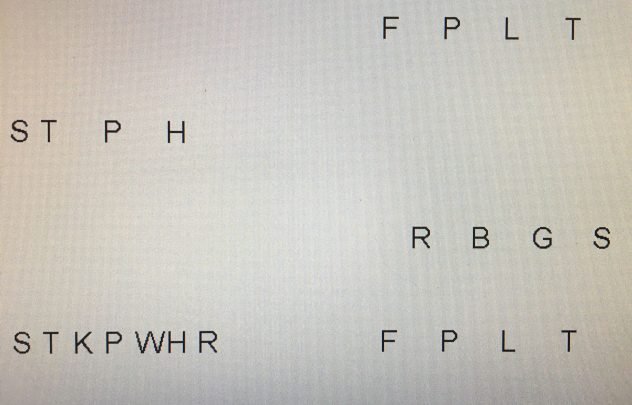 While each key of the steno machine – except for the asterisk – contain letters of the alphabet, not all letters of the alphabet are contained on the keys. Those letters which a steno machine does not have are created by pressing more than one key simultaneously. For example, although there are five vowels in the English alphabet, there are only four vowels on steno machines.  There is no letter I. Court reporters type I by pressing the E and U keys simultaneously.

The asterisk has many purposes. If we mistype a word, we tap the asterisk once and it deletes the word we just typed. Tap it twice and we’ve created a paragraph. Most importantly, the asterisk gives us the ability to create thousands of unique words easily that, without an asterisk, would be a mess. For example: Believe it or not, the top line is the name “Dan.” The bottom line are the words “did an.” It would be super-hard to differentiate the two without an asterisk.

It takes most court reporters at least two years to complete training. This may shock you, as a lot of people think learning how to write down testimony spoken at hundreds of words a minute for hours on end should only take a few days.

In reality, memorizing what letter is on each key of the machine and learning how to write out basic words and sounds usually takes several months. Unlike typewriter keys, there are no letters or numbers on any of the keys of a steno machine. Court reporters memorize absolutely everything. Most people who begin court reporting programs do not finish. The dropout rate is extremely high. Court reporting school is tough.

After we’ve memorized the placement of each letter and the basics of writing out syllables, words and phrases, we move on to speed building. In order to graduate from most court reporting programs, in order to become licensed in the state in which we work, and in order to be awarded any of the several certifications from the National Court Reporters Association, you must write an absolute minimum of 225 words per minute for at least five minutes without stopping at an extremely high degree of accuracy, usually at least 98%. This is very difficult.

Different schools teach different theories. I learned the Philadelphia Clinic theory in Texas. Then right after school when I moved to Pennsylvania (Harrisburg, not Philadelphia) to begin my career, the court reporters I knew who had studied there had learned the Wylie theory. (I’m not sure I spelled this correctly because apparently it is an archaic theory and I can’t find it anywhere online.) Other theories include Phoenix as well as Roberts, Walsh, Gonzalez. When my fellow court reporters and I talked about it, we found that there was little difference in our theories.

Court reporters all can read each other’s steno notes, although our individual writing styles are usually quite different. Many times we’ll find a word or two written by someone else that is so different from the way we would write it that it’s hard for us to decipher. Court reporter steno notes are like snowflakes – no two are alike.

While most people, thankfully, don’t talk as fast as the required 225 words per minute for five minutes without stopping, some do. And some talk much faster for much longer. So court reporters have to be prepared for anything. As such, we have memorized and entered into our software dictionaries hundreds if not thousands of what we call brief forms and phrases in order to help us write even faster than 225 wpm if necessary.

Here are some examples of steno translated into plain English – brief forms and phrases as well as regular words. The steno you will see used here is my personal steno. Other court reporters would write some of the following differently than I do. If you’re a court reporter, or a scopist who knows steno, you’ll be able to read most of this. If you’re not, there will still be a word or two you can catch.

Court reporters use brief forms to write more than one syllable in only one stroke. Here’s an example of how to write the subject of this post: 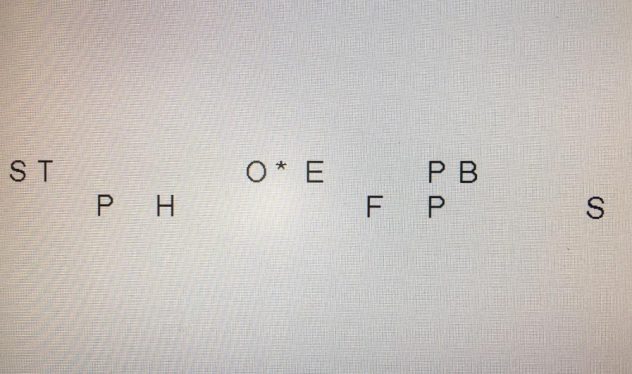 Court reporters use phrases to write more than one word in just one or two strokes. 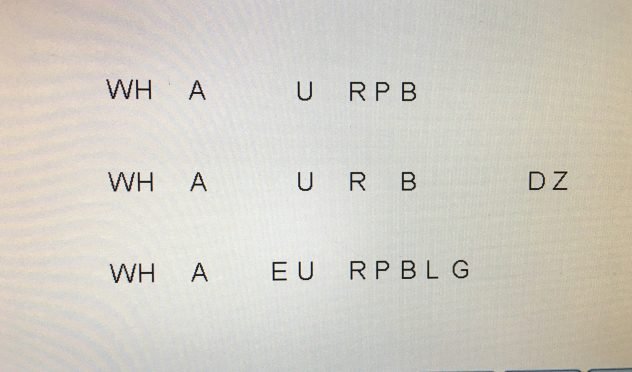 First line – What is your name

Second line – What is your address

Third line – What is your age

So with three strokes of the keyboard, court reporters are able to capture three of your most vital statistics and learn some very important information about you. Cool? Or creepy?

There are thousands and thousands of brief words and phrases, but there are even more individual words. For example: 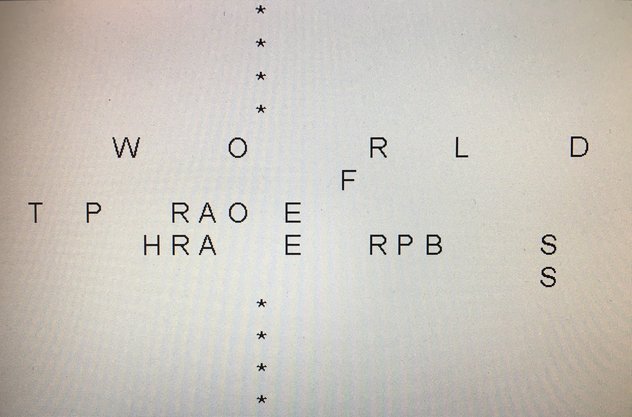 Here are the words World of Freelancers.  “World” is obvious. “F” is “of.” And TPRAOE -HRAERPBS-S is “freelancers.” I know that looks very complicated, but for court reporters it is easy, don’t worry.

Okay, how about these three screenshots? Can you read any of this? The translation is at the bottom. 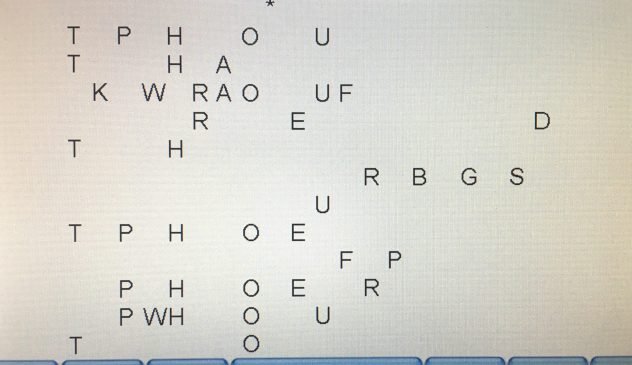 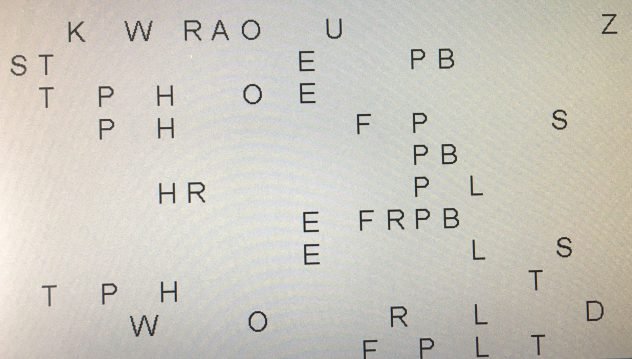 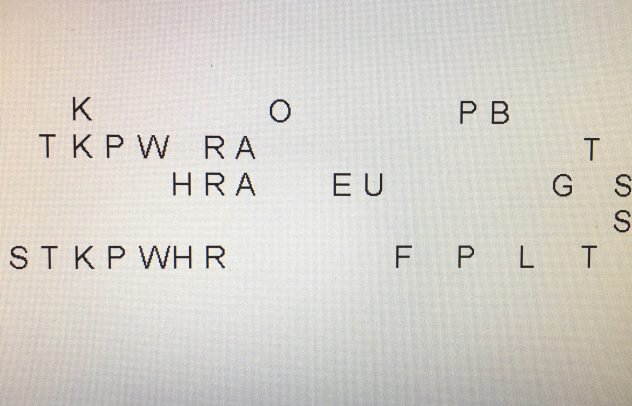 First screenshot – So that is how court reporters use those little machines.

Second screenshot – Now that you’ve read this, you know much more about how to


Third screenshot – use steno machines than almost everyone else in the world.

Conclusion to How does a steno machine work?

Congratulations! Now that you’ve read this post, you’re one of the few people in the world who knows the answer to the question “How does a steno machine work?”

When you're a court reporter, owning the right equipment - the best steno machine, software,…

A lot of court reporters turn over a lot of transcripts to scopists. This is…

When you work for yourself, anything can happen. If your clients like your work, they’ll…