The 2019 Intersteno International Keyboarding Championship is over. However, registration for the 2019 52nd Intersteno Congress is open. This event takes place from July 13 through July 19, 2019 in Cagliari, Italy. You’ll find the schedule of events here. You can register right here. After May 15 you can still register to attend, but there will be a higher registration fee and the competition registration will be closed.

Scoping is not a competitive job, but some scopists are still competitive people. Those of you who do like to try to win a challenge might be interested in an annual competition that is coming up in April and May – the 2018 Intersteno International Keyboarding Championship by Internet.

This contest has been around for 131 years, but although the scoping profession came into being in the 1980’s I do not know of any scopists who have ever before participated.

The winners of these international contests are the people who can the type the fastest and most accurately. There are several different typing components in this competition, and you can compete in any you wish.
The competition is held in 17 languages, although of course you only have to compete in your native language. English is one of the languages, but the competition results I’ve looked at have told me almost no one who competes is from an English-speaking country.  And I have seen only one competitor from the U.S.

Most or all scopists are native English speakers, unlike possibly anyone else in this competition. Scopists also tend to be both fast and accurate with typing. So I think there is a good chance that a scopist could win one or more of the English language components of this championship.

I am not in any way affiliated with Intersteno, I don’t know anyone involved with the organization, I’ve never had anything to do with this event and I am not being compensated in any way for writing this. I just think it sounds like a unique competition which is perfect for scopists.

This keyboard speed and accuracy competition is held over the internet. It is not a one-day event. Rather, it takes place during a 17-day period, from April 23 to May 9, 2018. So you don’t need to be at the top of your game on one particular day in order to win. You can compete on any one of the 17 days when you are at your best.

This typing contest has eight different categories, which include speech capturing, text production, text correction and others. Here is the full list of competition types for Intersteno.

The goal of this competition, in the words of Intersteno is “to succeed in preparing, within the shortest times, texts which have to be perfect in any aspect. These texts can be produced following a fast dictation at progressive speed, or copying or editing from a basic text, as well as integrating data, images and texts coming from different sources.”

In order to compete, you must use one of two kinds of free software programs. I checked them both out, and they seem to be very easy.

Taki software you can simply open and begin to use.

You are probably by now wondering what the winners will receive. Well, it appears that the prize is only a certificate. But still. The entry fee is very cheap and the the software is free. So there is nothing to lose and something to win.

Intersteno is a non-profit organization founded in England in 1887 by Sir John Westby Gibson. Its purpose was  to celebrate 300 years of “modern shorthand.” On September 26 of 1887, Intersteno held its first conference at the Geological Museum in London where 400 participants spent a week in parliaments and courts discussing the themes of shorthand, its role in education and its impact on women.

This must have been somewhat of a rogue organization as, at this time in history typewriting was a new concept and, Intersteno says, “a curiosity looked upon with distrust.” 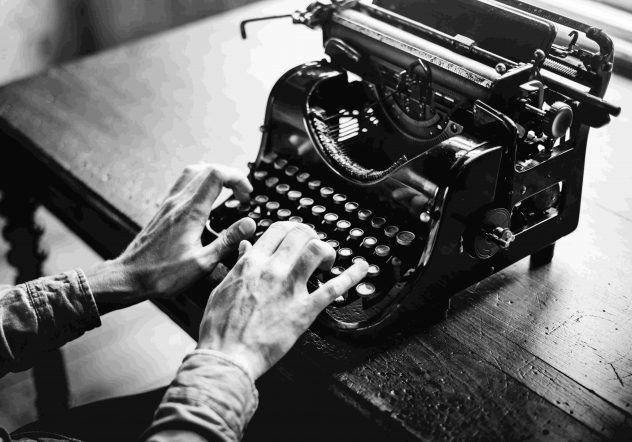 The International Aspect of Intersteno

In addition to the keyboarding championship, every two years Intersteno holds a conference somewhere in the world, usually in Europe. Whether or not you compete in the 2018 internet championship, you can always participate in next year’s probably quite exciting event. From July 13 to 19, 2019 Intersteno will be holding their 52nd Congress in Cagliari, a town on the island of Sardinia, Italy.

Unite Against PRO Act & Save Your Freelance Life

Americans have been freelancing for hundreds of years. More and more all the time are…

Working remotely from home certainly has become popular, hasn’t it?  Even before our crisis required…

Are you going to #FREECON this year?

Networking is so important to business success. In-person networking is definitely the most effective way…