A few days after I arrived in Australia when I was working and traveling through the country, I walked through the neighborhood in Forresters Beach where I was house sitting, to the beach. 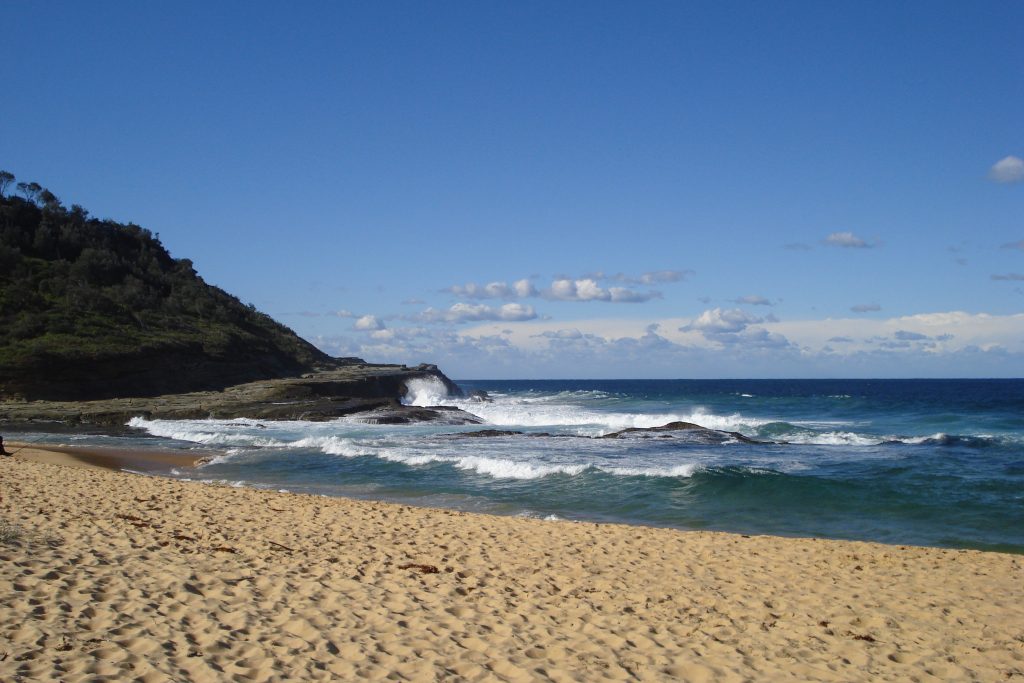 I started jogging along this glorious large stretch of gorgeous beach that lies between Forresters Beach and Terrigal, when I thought I heard a squeaking sound. I stopped jogging for a moment and the squeaking stopped. I began jogging again and the squeaking began again. I did stopped and started a few times until I was sure.

Definitely, I was not imagining this. The sand was squeaking like an old treadmill with each imprint of my feet. Why is this sand squeaking, I wondered. And how can this be?

I have never been on a squeaky beach. Never even heard of it. The New England sand on the beaches that I’m accustomed to is brown and sharp. Walk across it for a couple of hours and it begins to feels like broken glass. Strolling on the powdered sugar sand in other parts of the world is a silky, silent caress. Now the sand on which I was jogging was far from silent. Squeak sqeak!

I jogged back to the house I’m house sitting and found an Australian ABC television program called Catalyst in which Ruben Meerman interviewed Dr. Tim Senden, an expert on fine particles such as sand.

Squeaky sand, it turns out, is found in many parts of the world. Dr. Senden explained that, unlike regular, boring, silent sand, squeaky sand is dry and composed of smooth, round grains of quartz with no shell material intermixed. This in part explains why some sand squeaks and other sand is mute, but not entirely. “It’s an open topic,” Dr. Senden said. Scientists still don’t have enough information to fully understand why certain sand squeaks.

Since a lot of mysteries are difficult to believe and since I think you have probably never heard of squeaking sand either, here it is!

You can read about another of my experiences in amazing Australia in this story about my day with the aboriginals of the Tiwi Islands.