Every year for many years I’ve traveled down Highway I-95 in Connecticut, frequently passing by a little sign near Exit 56 which states, quietly and simply, Thimble Islands. What are these “thimble islands” I would wonder, as the sign blurred by and the years moved on. So one day I pulled off the highway, parked my car, and took a boat tour of the Thimble Islands. Here’s what I found.

BOAT TOUR OF THE
THIMBLE ISLANDS

A few Thimble Island cruises departing from the mainland village of Stony Creek take passengers around the islands throughout the summer months. You must be content to stay on board, as most of the Thimble Islands which are inhabited are individually owned, making it almost impossible to step ashore without an invite.

Twice I have gone on a Thimble Islands cruise aboard the Volsunga IV with Captain Bob, who navigates around the hundreds of masses of rocks, all the while telling tales of history and modern-day life ashore. 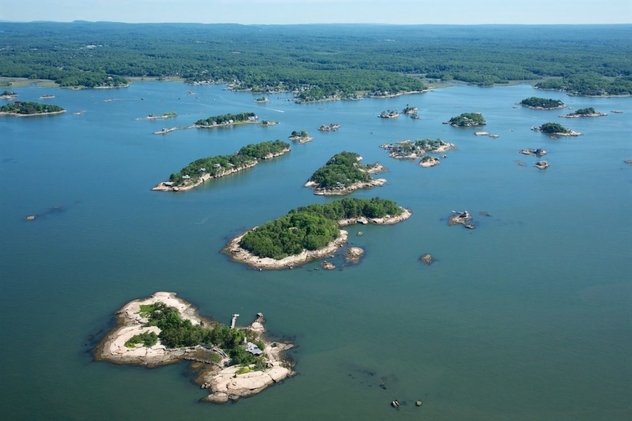 The number of Thimble Islands varies from around 100 to over 300, depending on the tide and on how big a rock must be before you can declare it an island. Only 23 of these large pebbles are inhabited, holding a total of approximately 85 homes.

By far the most populated is Money Island, an upper middle class community of about 30 families. On the majority of the rest of the populated islands stand just one house, allowing the home owner the very cool right to say “I own an island.” 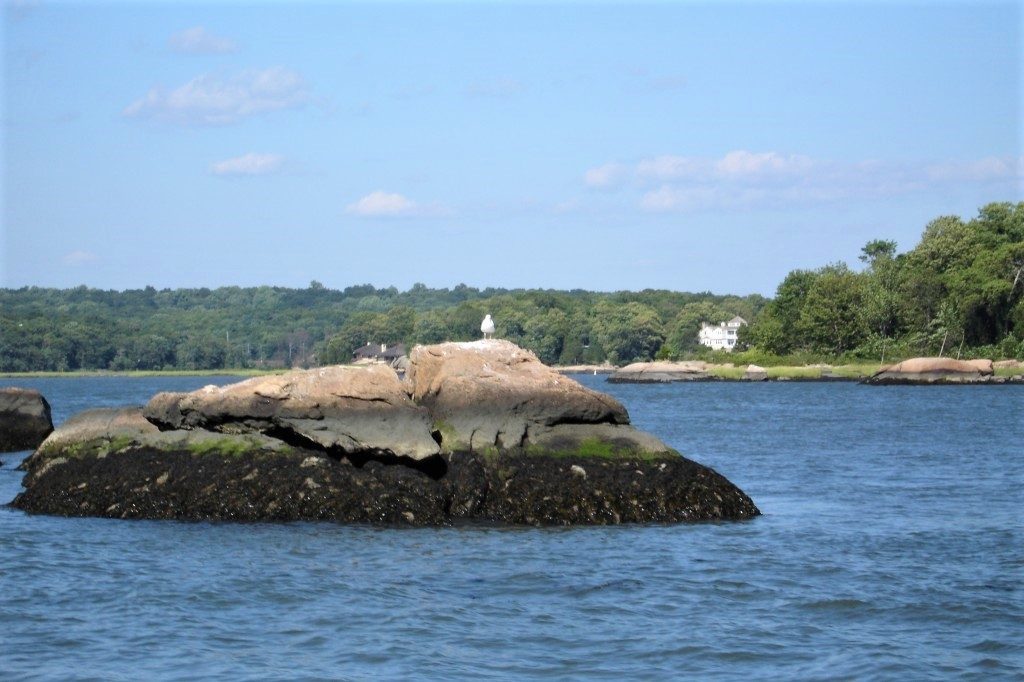 Only seven islands have electricity, courtesy of underwater cables. Most homeowners prefer to do without, so they can experience the same peaceful life as did inhabitants in years gone by.

The Thimble Islands weren’t always 100% silence and tranquility, though. This section of the Long Island Sound was a very happening resort area in the early 20th Century. Then in 1938 the New England Hurricane took its 30-foot waves and wiped the resorts right off the rocks. Not in the mood to rebuild, the rich began partying on Cape Cod instead.

The hurricane of 1938 also caused the division of an island called Cut-n-Two, when its waters and winds destroyed a little wooden footbridge that hooked together two pieces of land ever so slightly separated across a narrow slice of water. To this day the bridge has not been rebuilt and the two land masses stand just outside of each other’s grasp.

Before the hurricane tore the bridge apart, on shore dwelt a lady named Little Miss Emily, a dwarf performer with P.T. Barnum’s Circus. General Tom Thumb, a fellow dwarf, quite loved Miss Emily and courted her mightily on Cut-n-Two. Unhappily, their relationship floundered and, like the island, they parted ways.

My favorite Thimble Island is Demijohn Rock a/k/a Cedar Rock. At some point, someone wanted to build here, very badly. Alas, this speck of stone was too minute for a house. Dreams can die hard, though. Instead of a house, the would-be island home owner erected a wooden gazebo. I noticed it for sale last year on my first Thimble Island cruise, and this year I saw it again, a victim of the real estate market. $375,000 is its asking price, which really is quite reasonable for island real estate, I think. 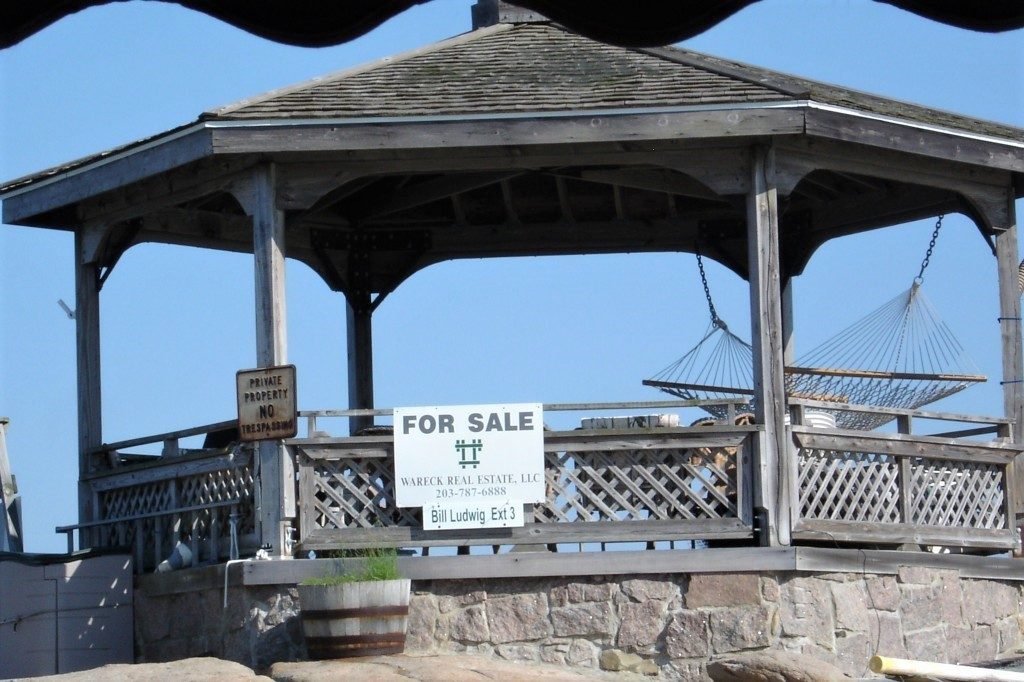 I heard these stories from Captain Bob, who is a great teller of tales. The ever-changing tide causes him to navigate different courses on each Thimble Island cruise, sharing the stories of whichever islands he happens to pass. If I go on enough of these Thimble Island cruises, I think eventually I’ll be able to piece together a complete picture of these tiny islands in the Long Island Sound.